We use cookies on our website to give you the most relevant experience by remembering your preferences and repeat visits. By clicking "Accept and Close”, you consent to the use of ALL the cookies. Read More

The Academy of Music

The Academy of Music

For most of its 160+ years, the “Grand Old Lady of Locust Street,” has been the center of music and culture in the Philadelphia area. Owned by The Philadelphia Orchestra Association, this iconic landmark, prior to COVID, celebrated its anniversary each year with a themed concert and ball. Proceeds from the event support the ongoing restoration and maintenance of this historic cultural venue.

For many, the Academy is an enigma. The Orchestra’s ownership is not well known and the funding stream for ongoing maintenance is sorely lacking. Since the Philadelphia Orchestra moved out of the Academy and into Verizon Hall in the Kimmel Center for the Performing Arts, its identity has been muddled. Our mission was to define who the Academy is and what its fundraising supports.

AAJdesign created a new identity for the Academy based on an original elevation drawing of the Academy of Music building. We have also designed the materials surrounding the Academy’s fundraising efforts, including the Academy Concert and Ball. As part of that process, we took extensive photographs of the renovations and preservation initiatives and highlighted these projects throughout the materials. Sharing the process with their audience resulted in a new appreciation for the Academy and increased commitment in support of this historic treasure. 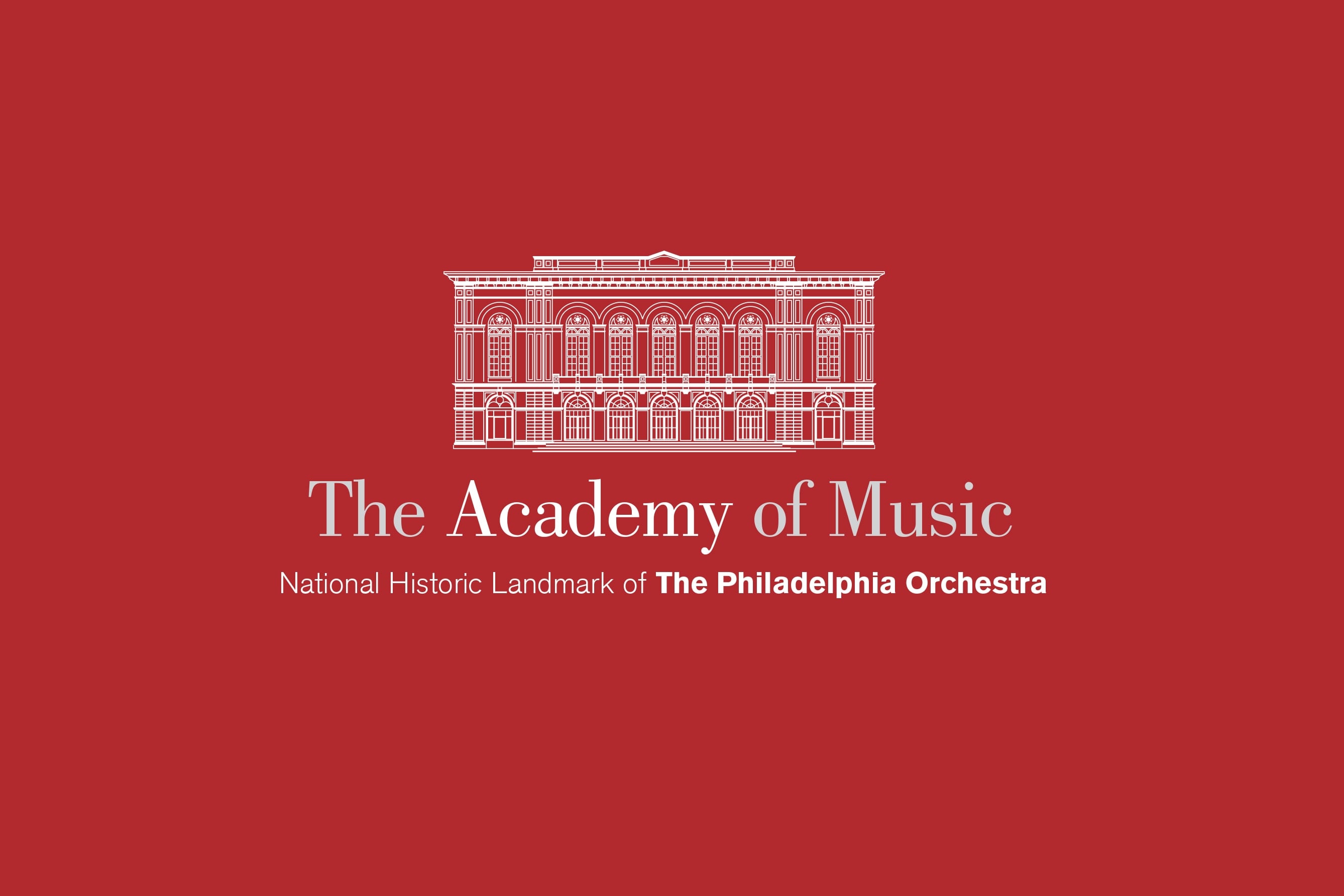 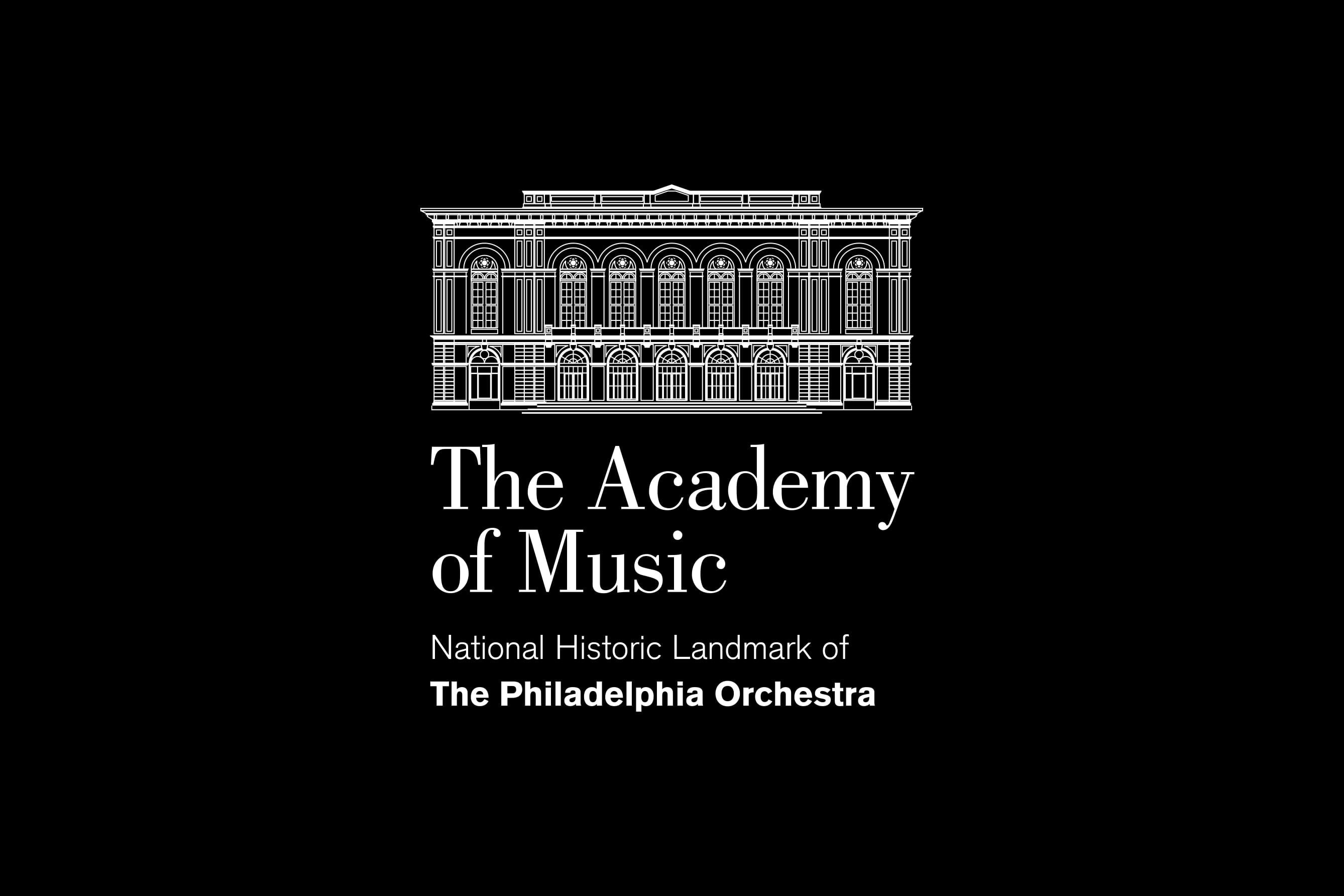 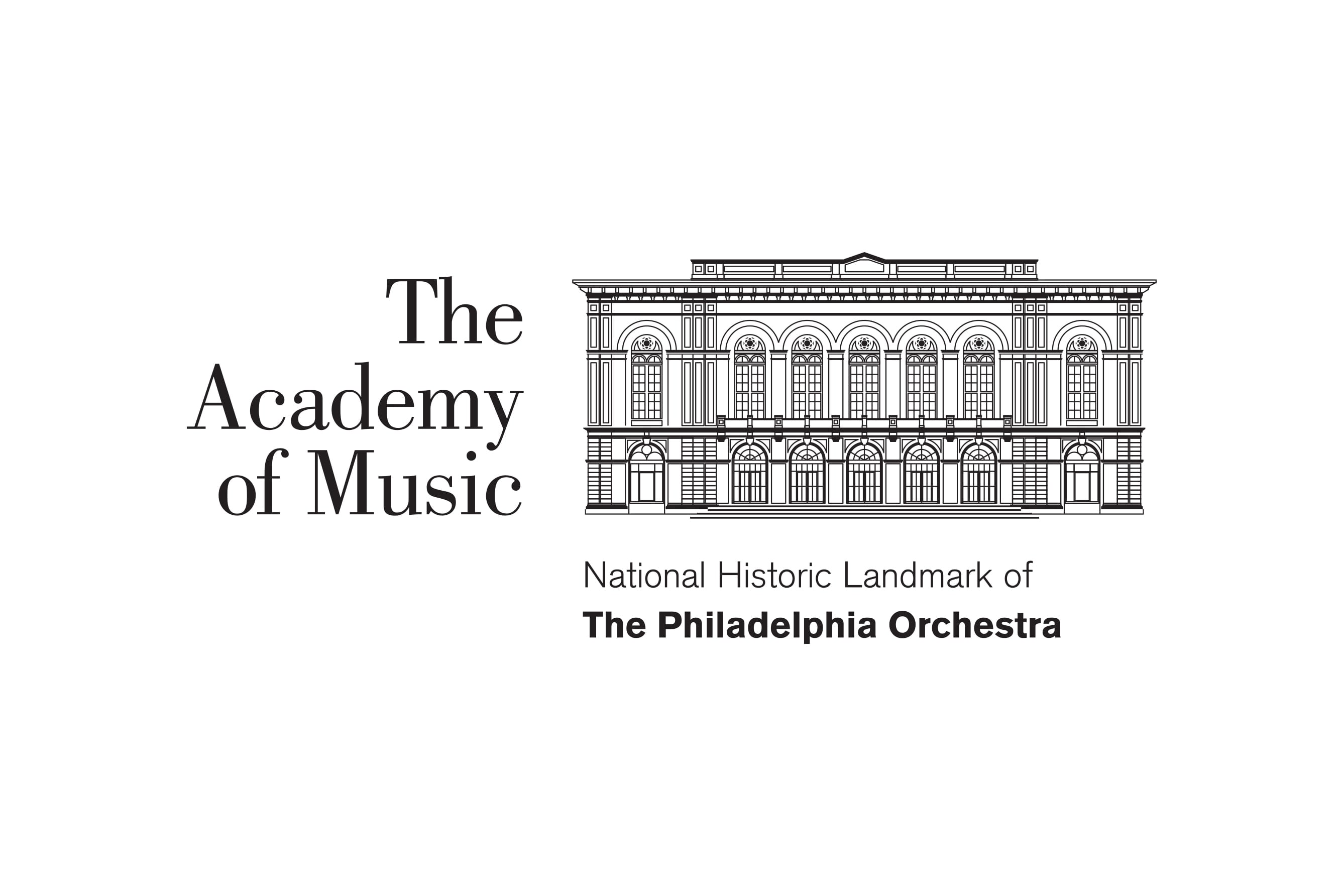 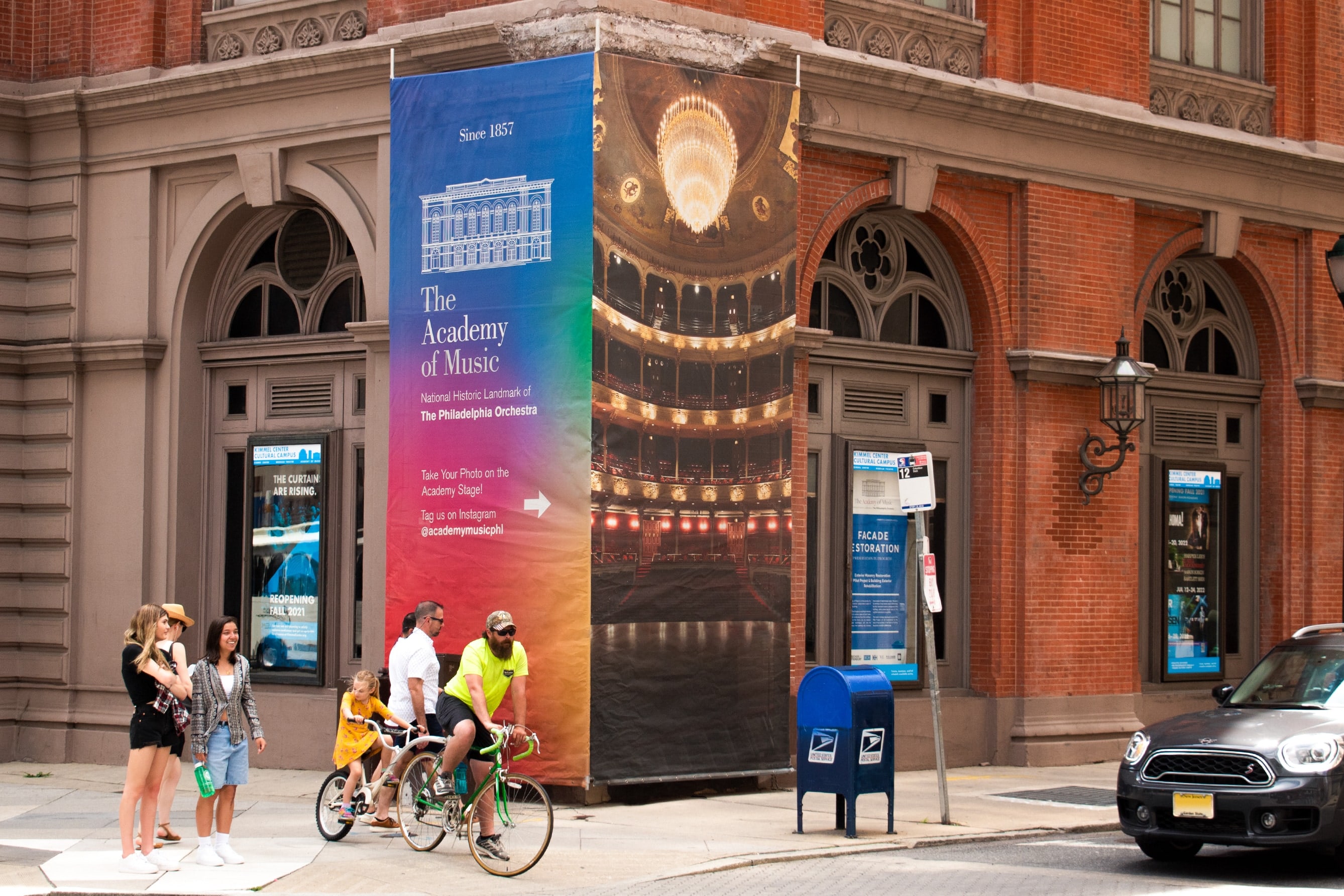 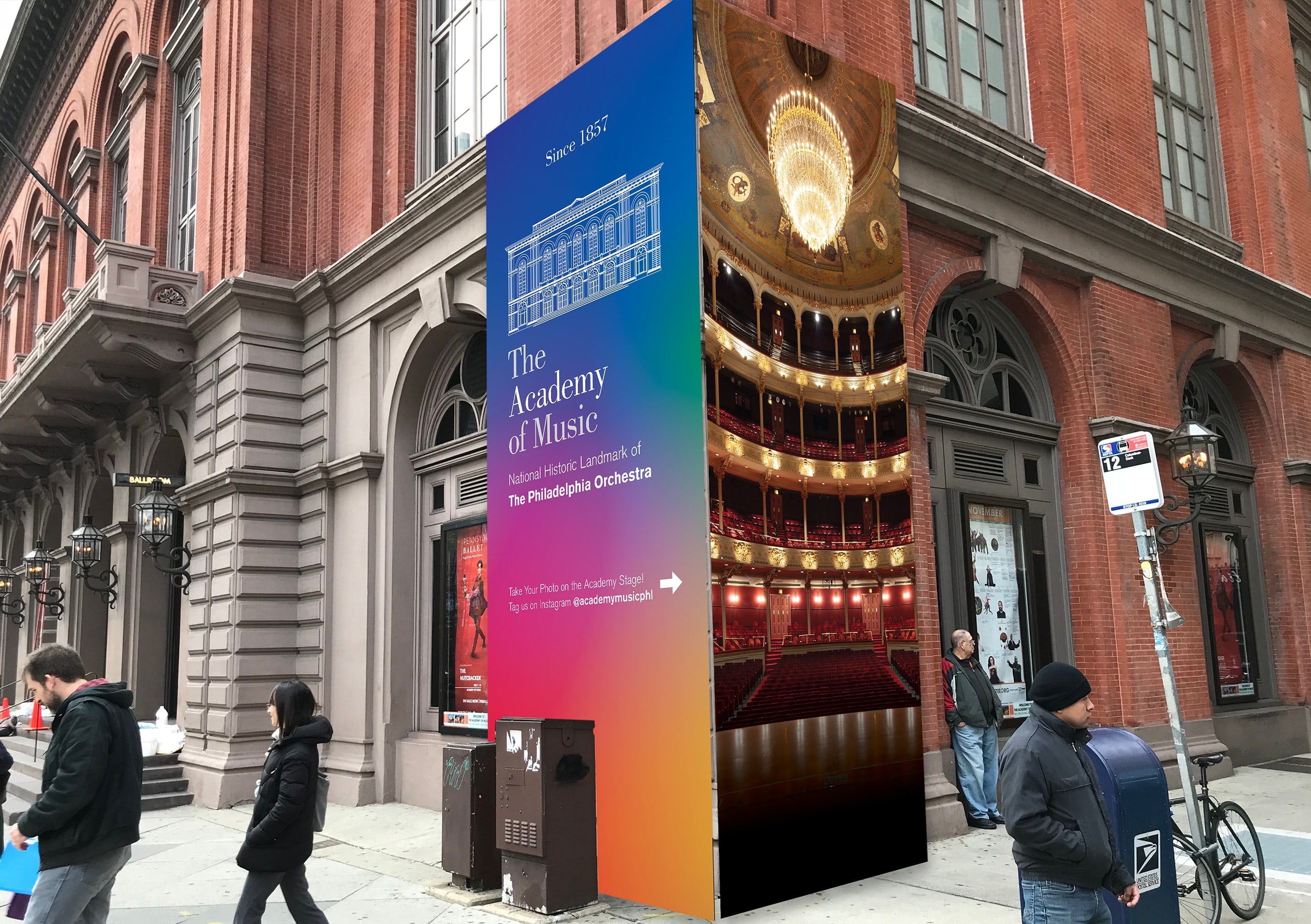 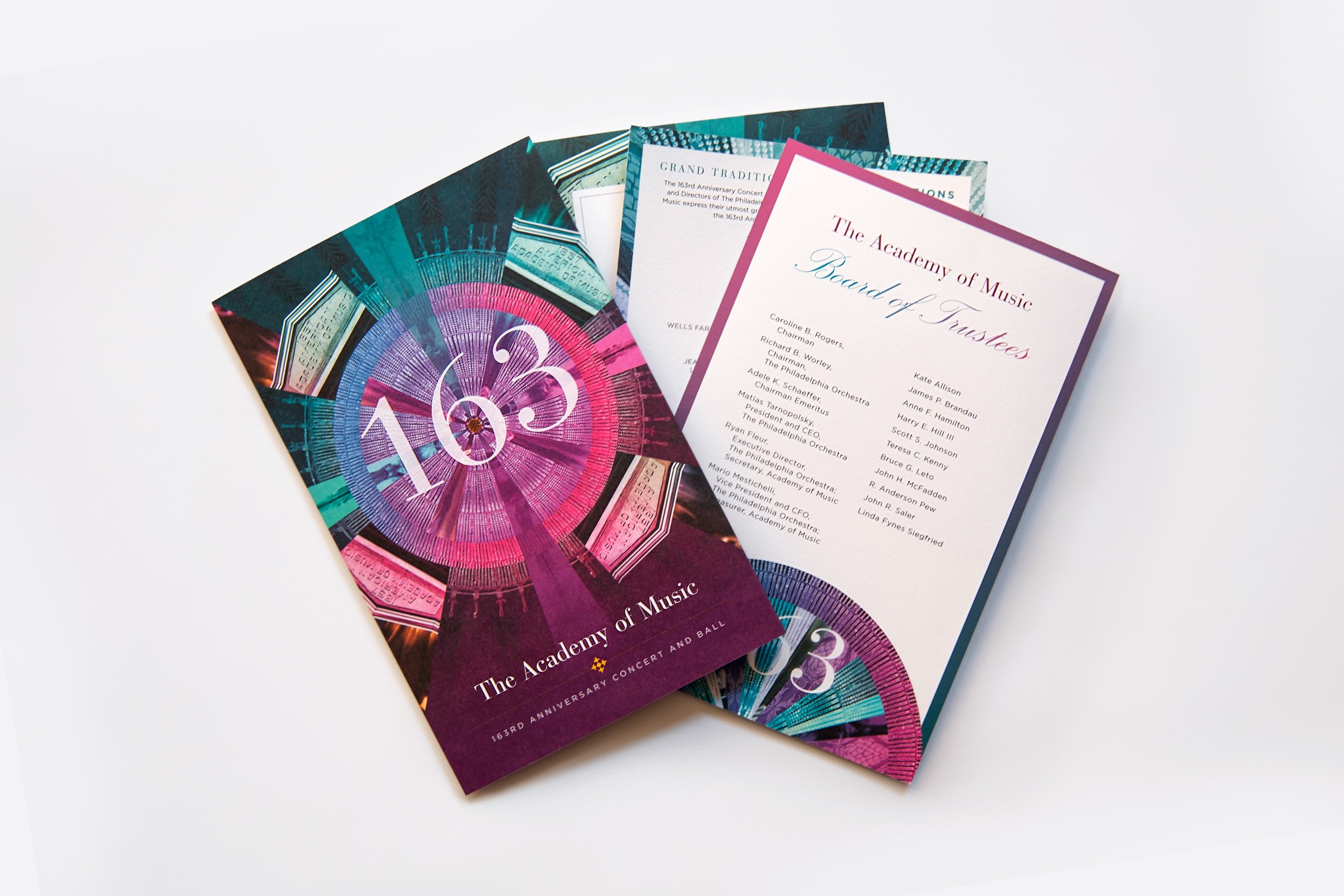 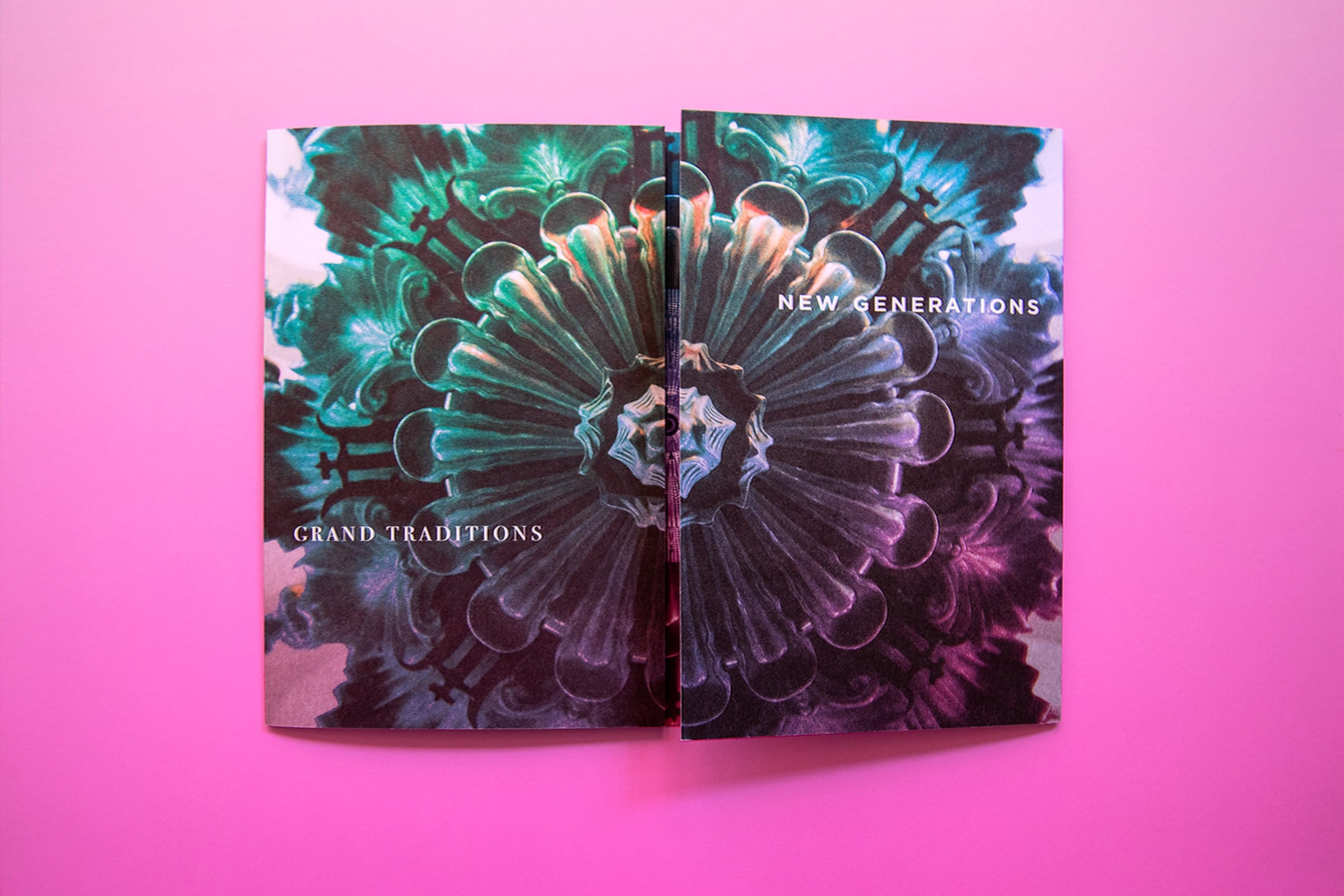 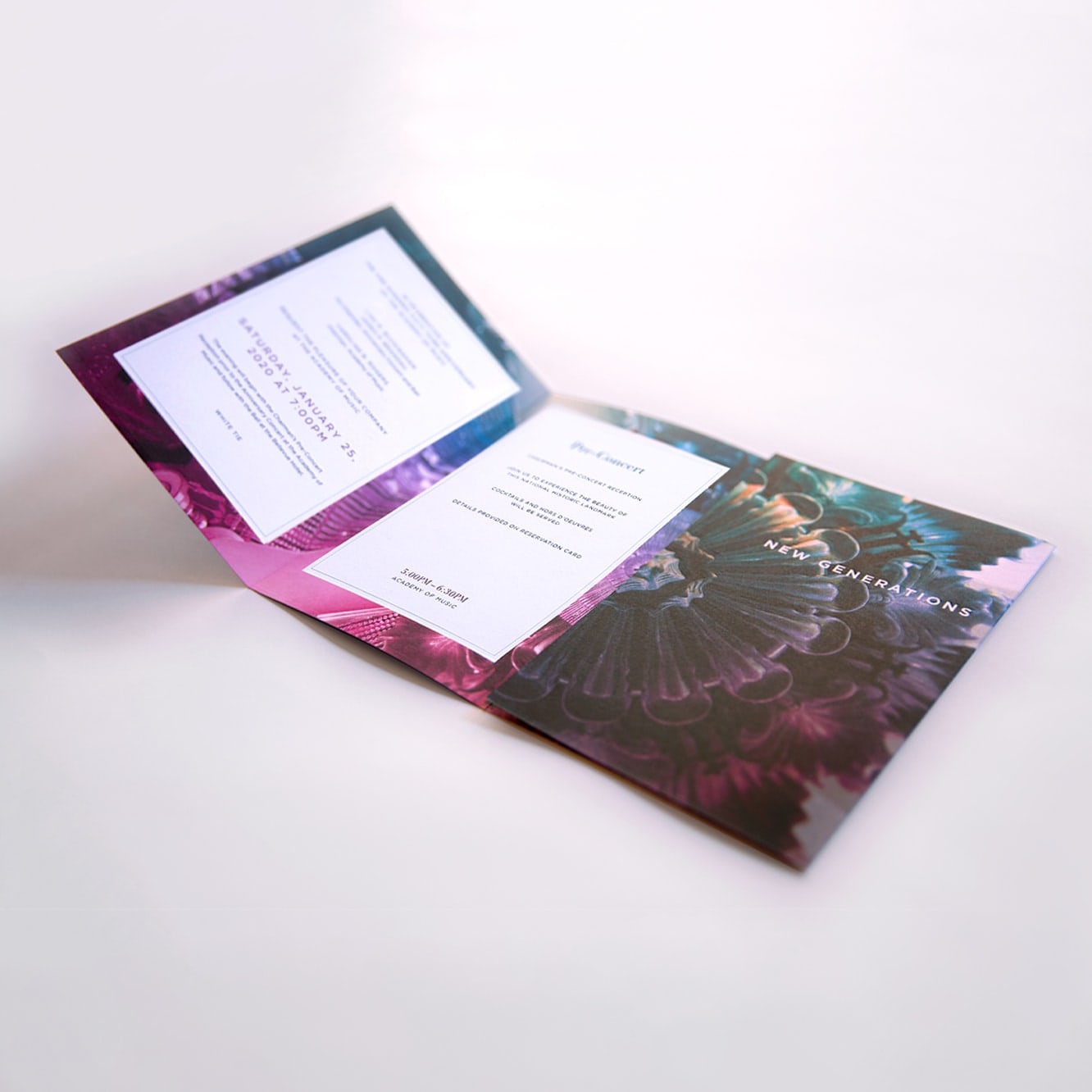 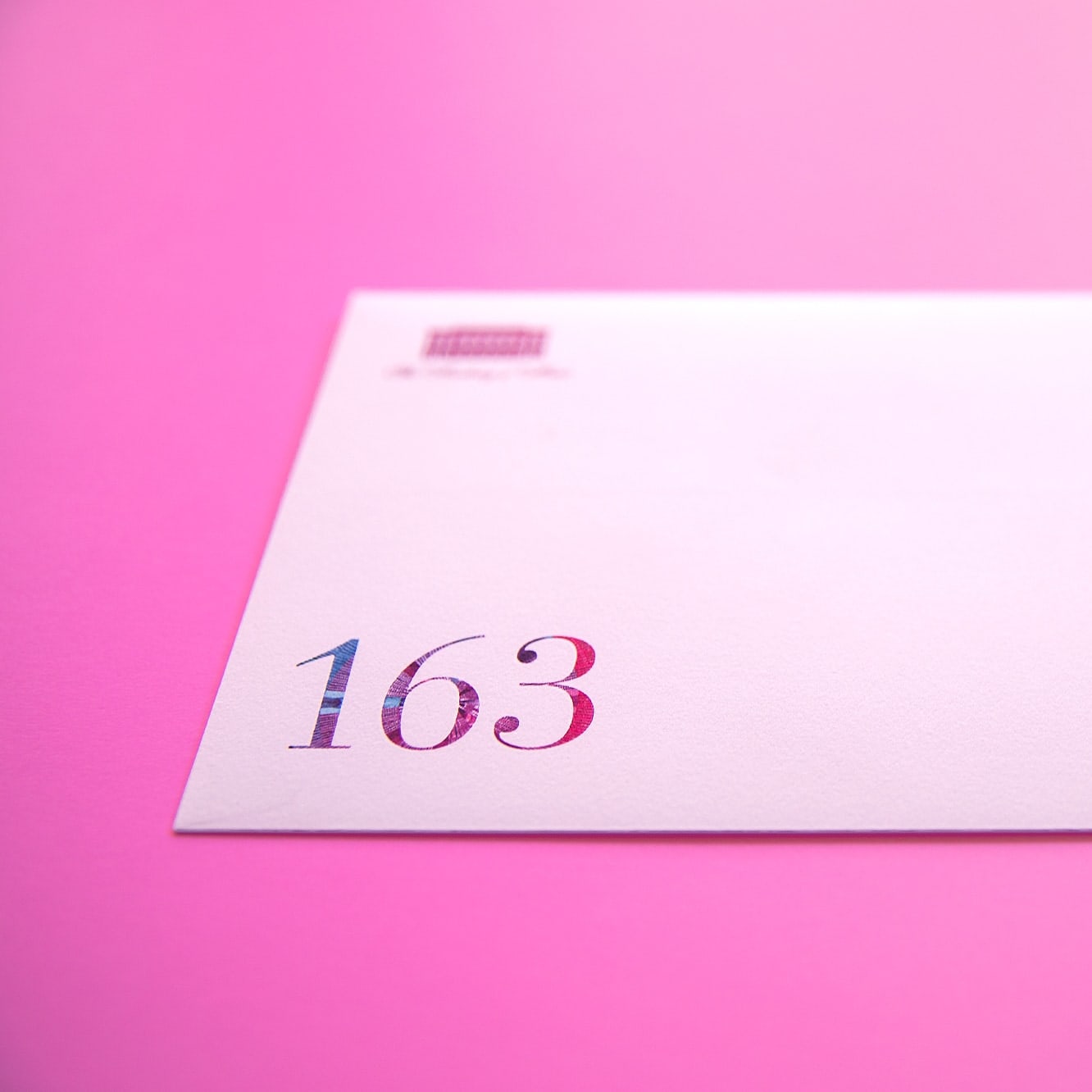 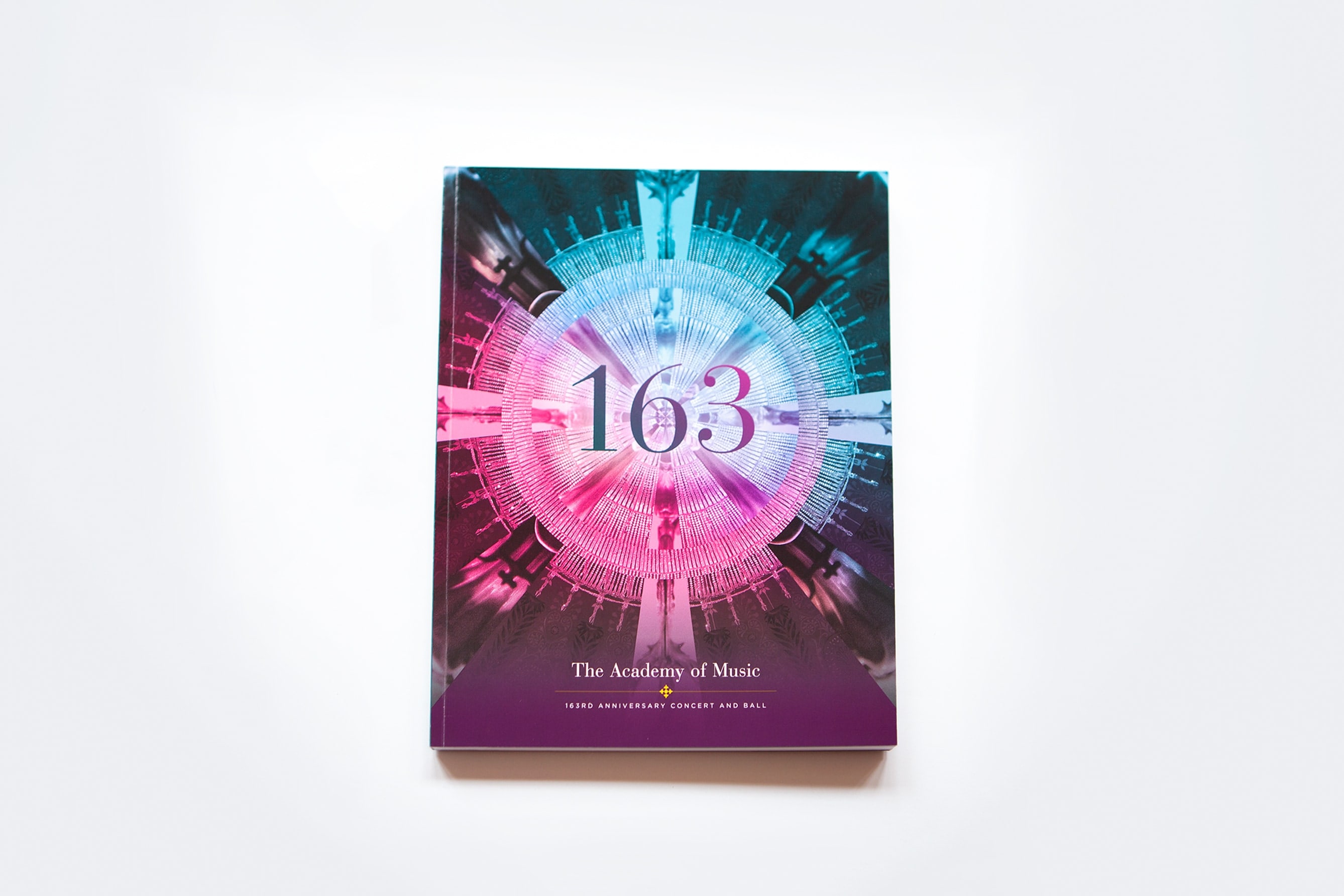 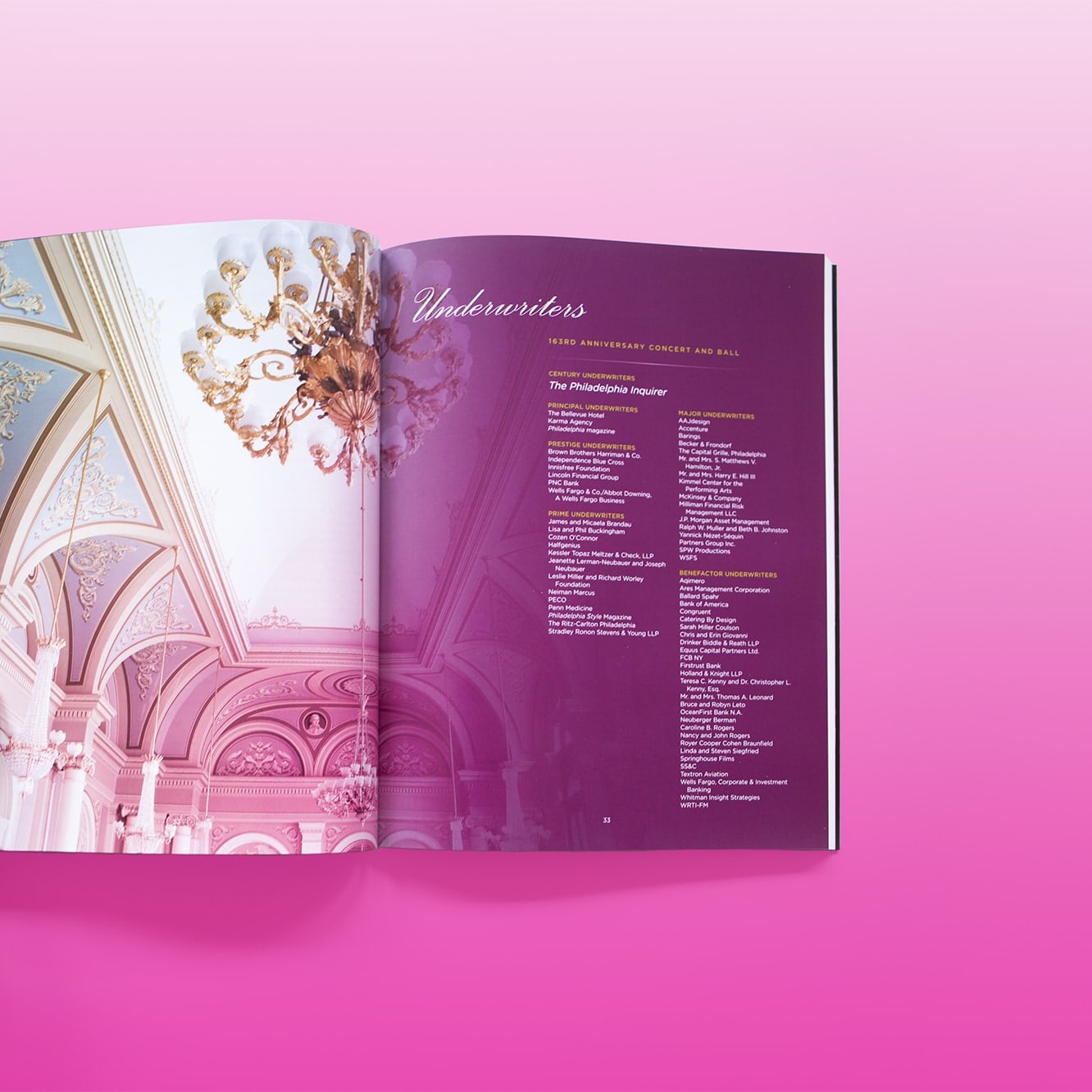 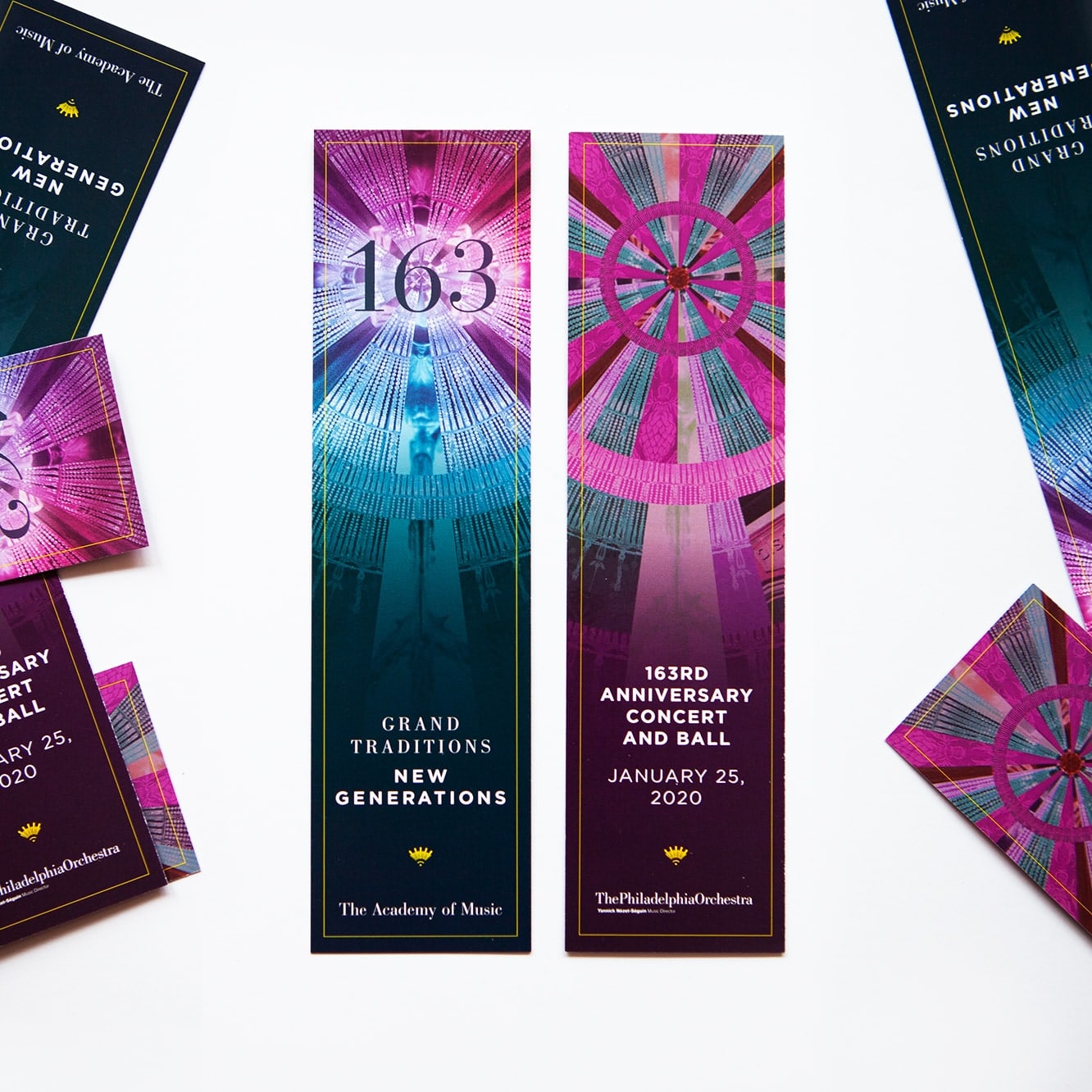 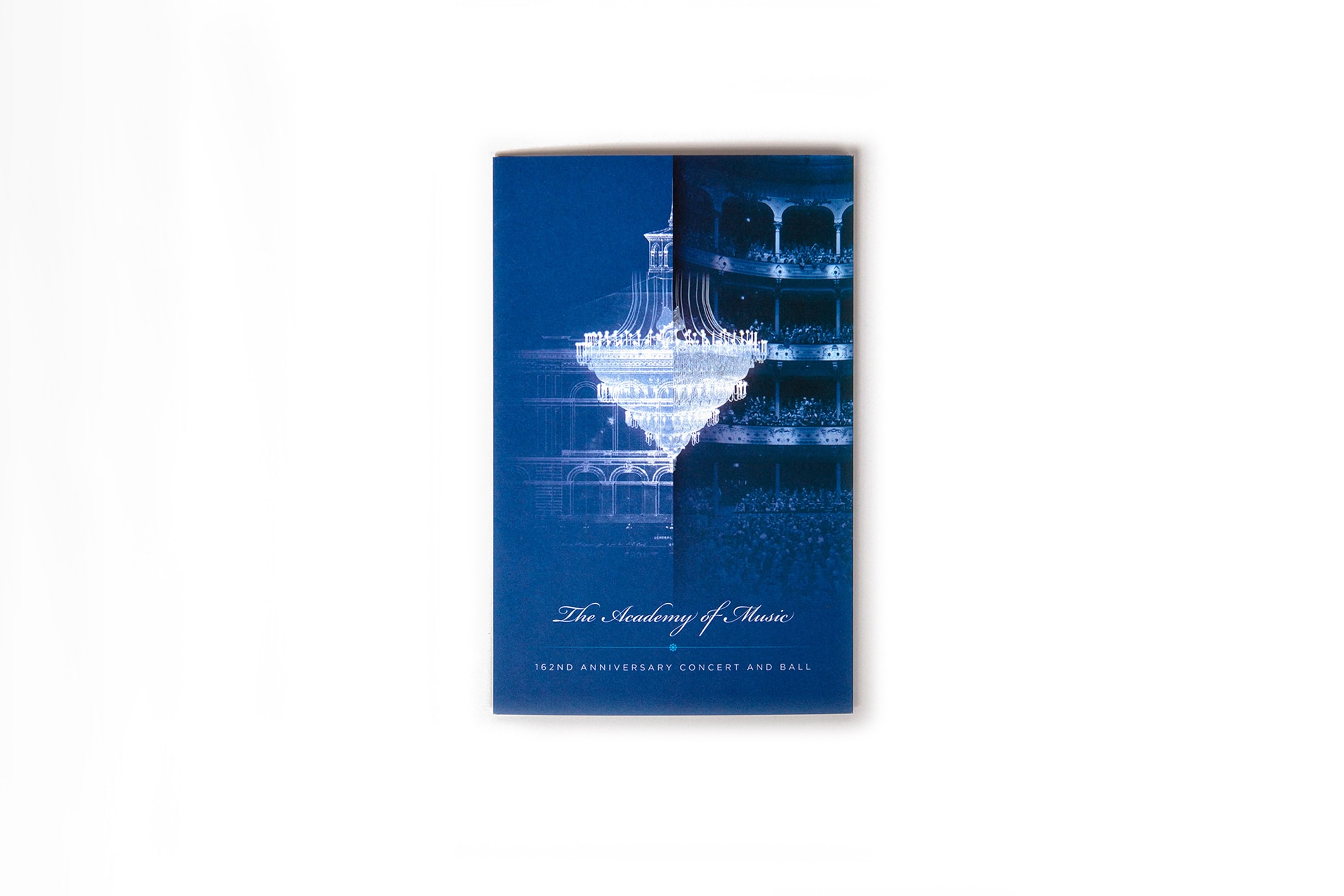 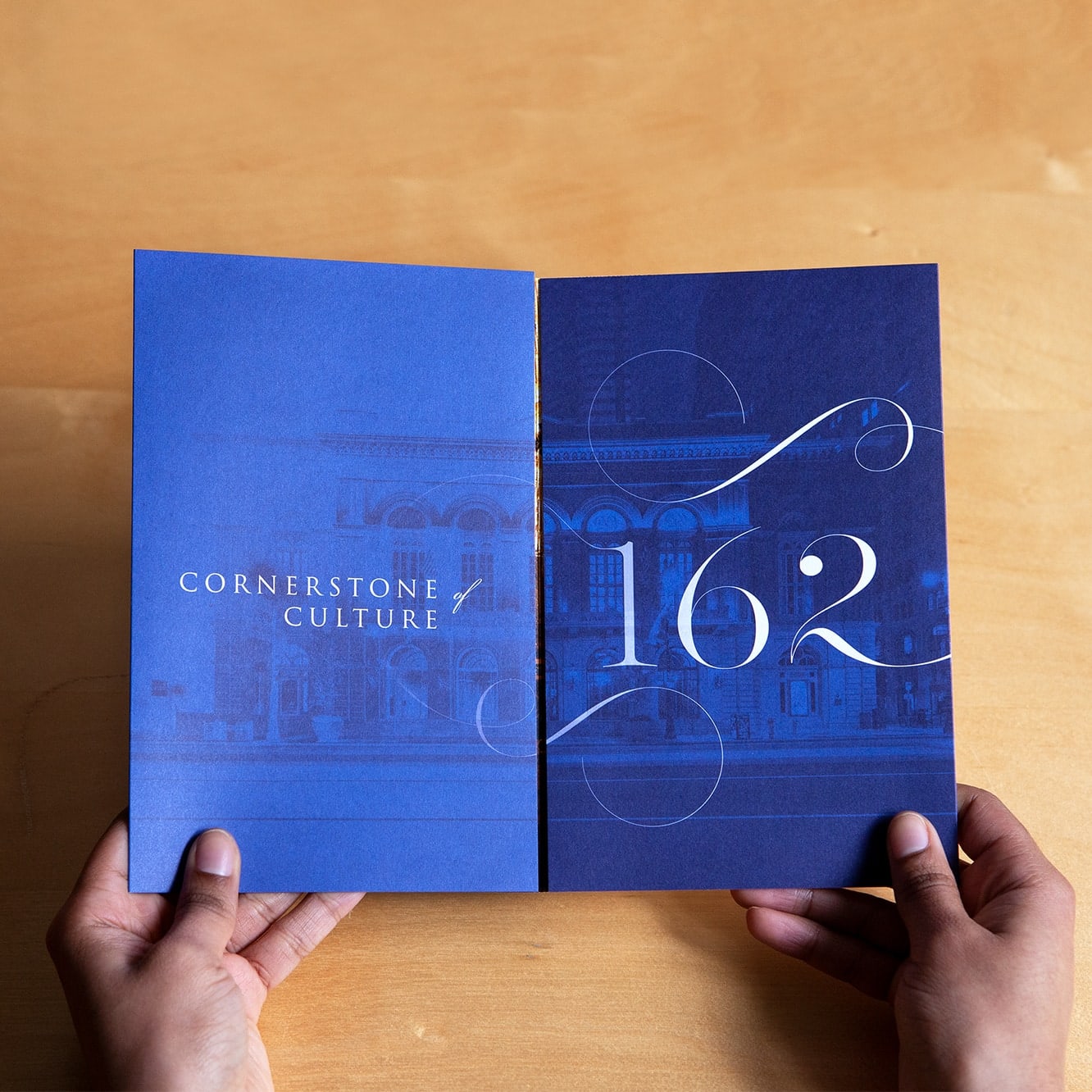 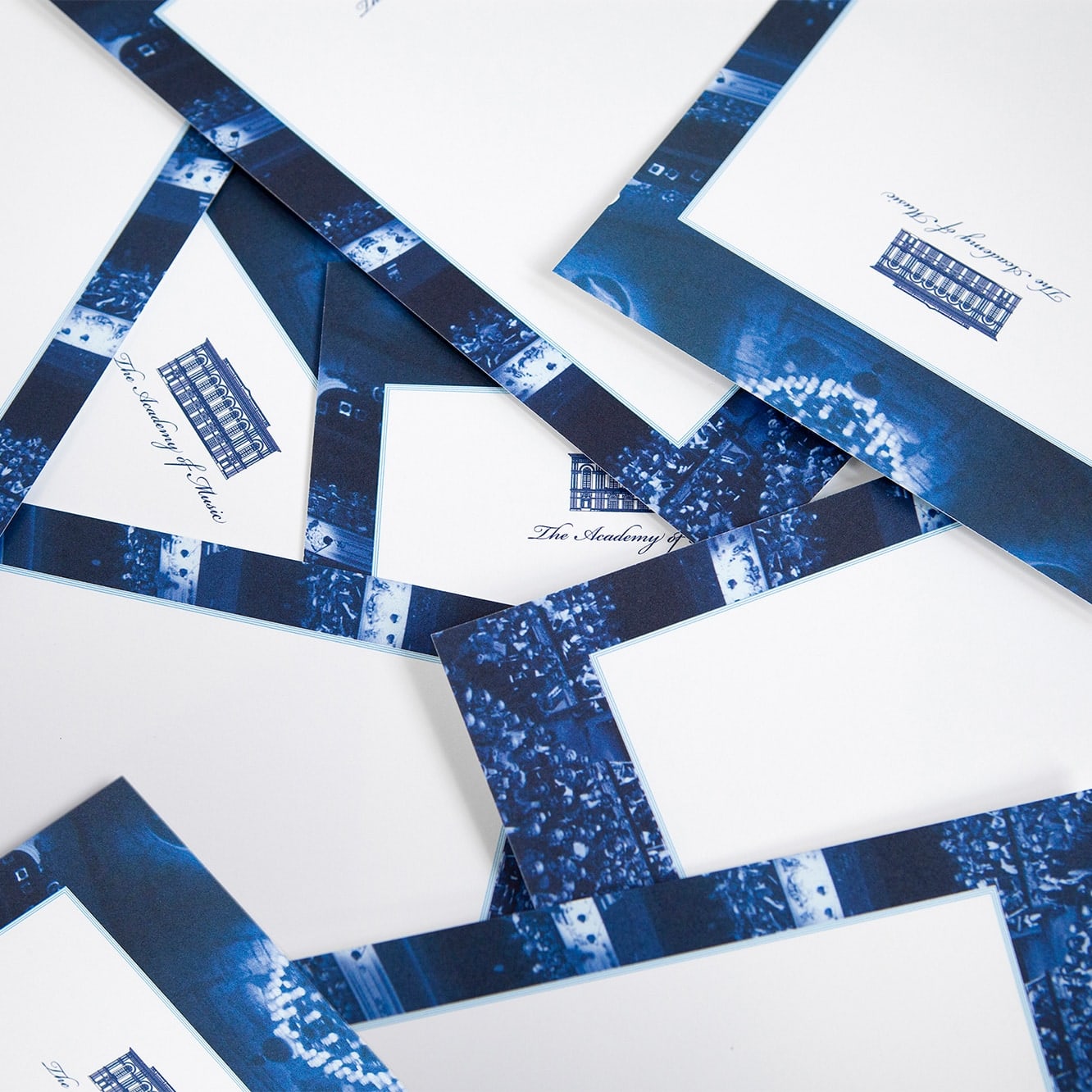 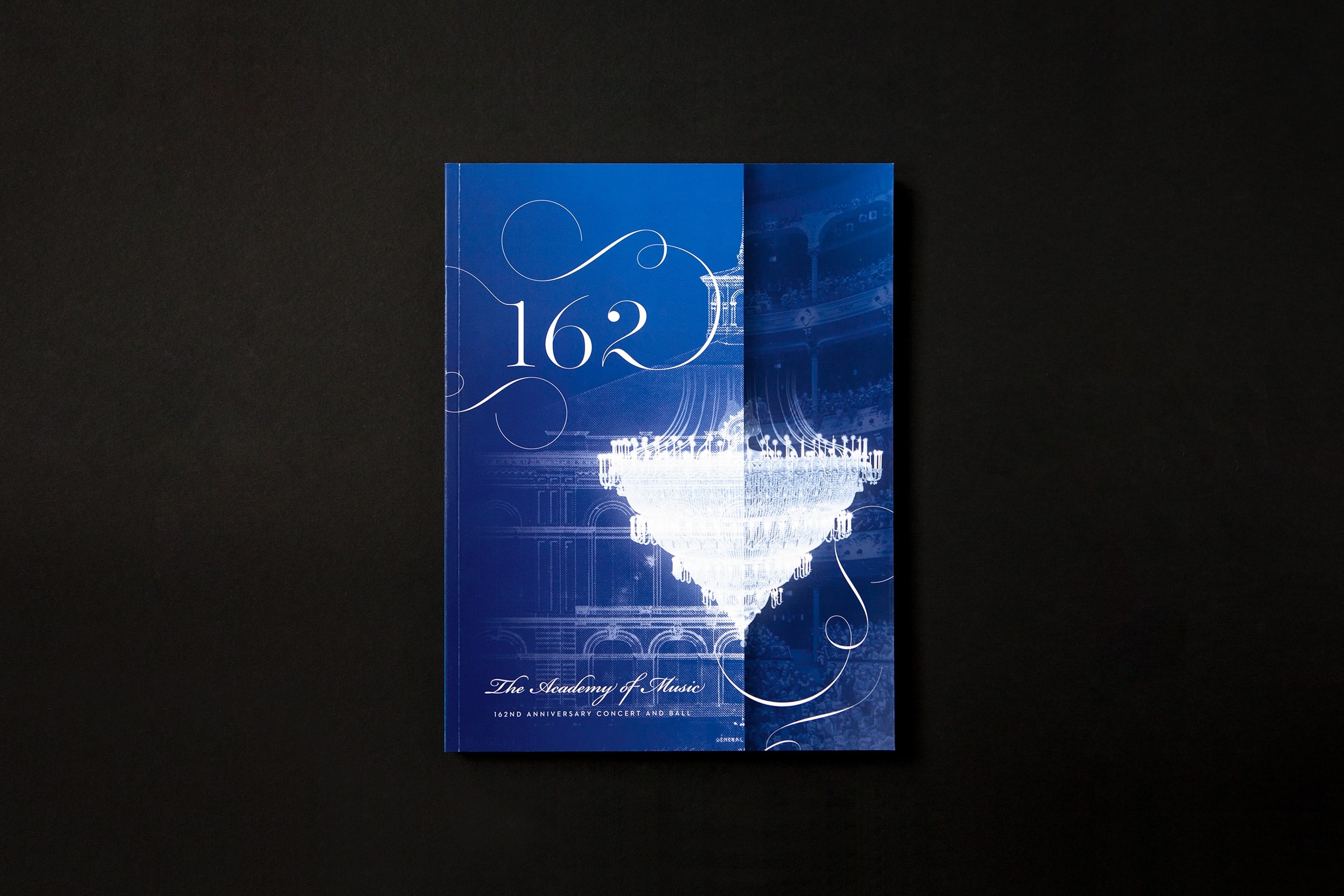 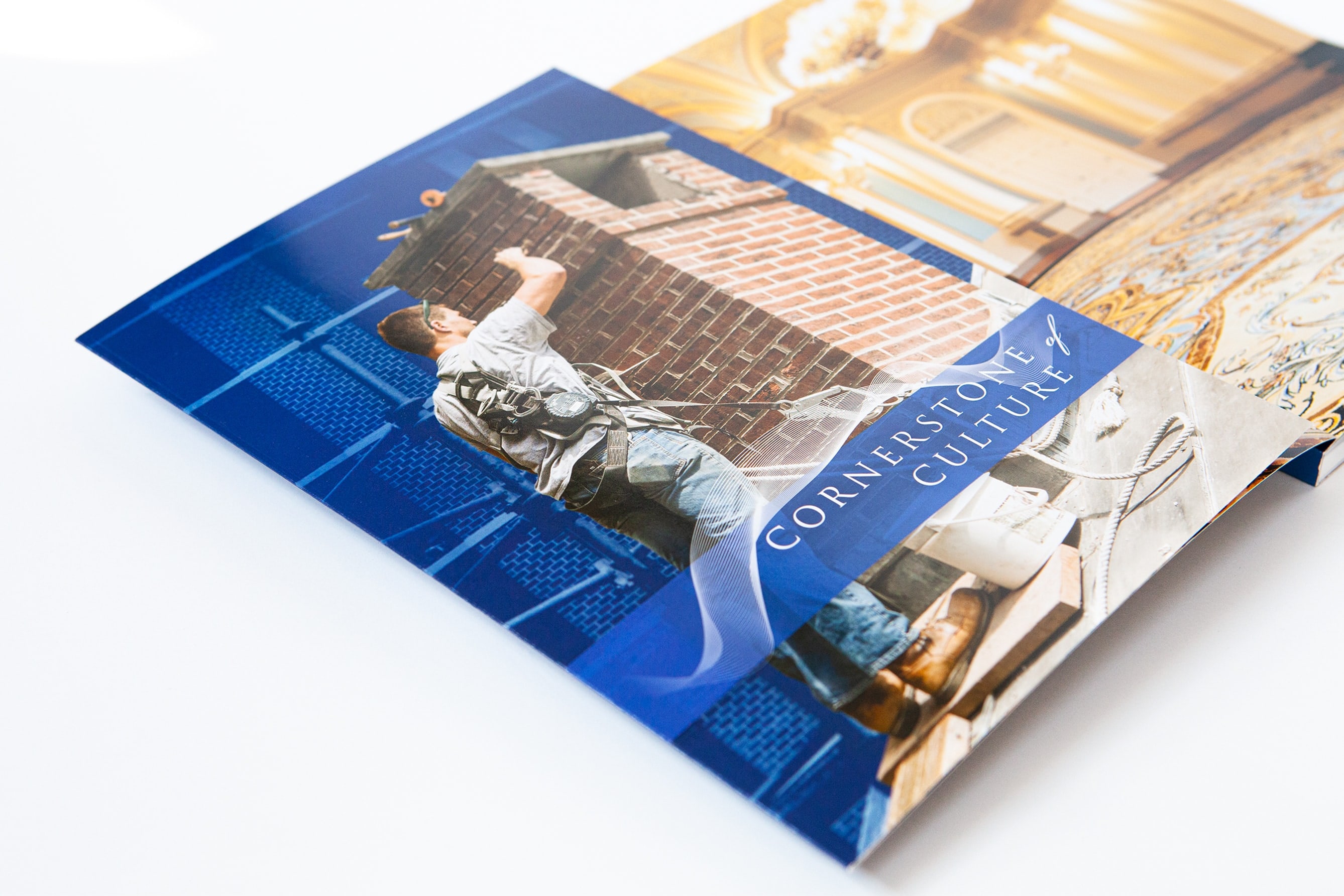 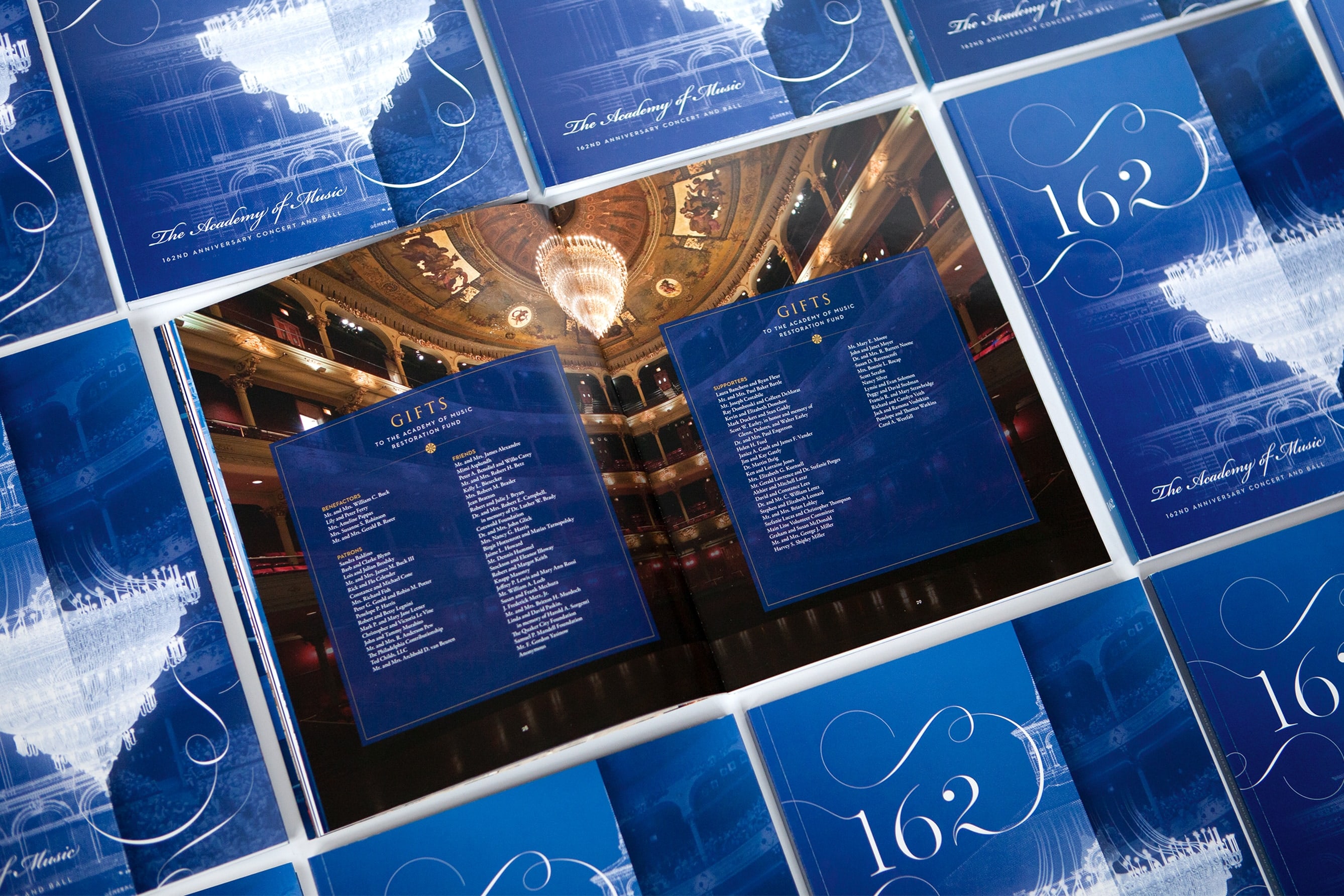 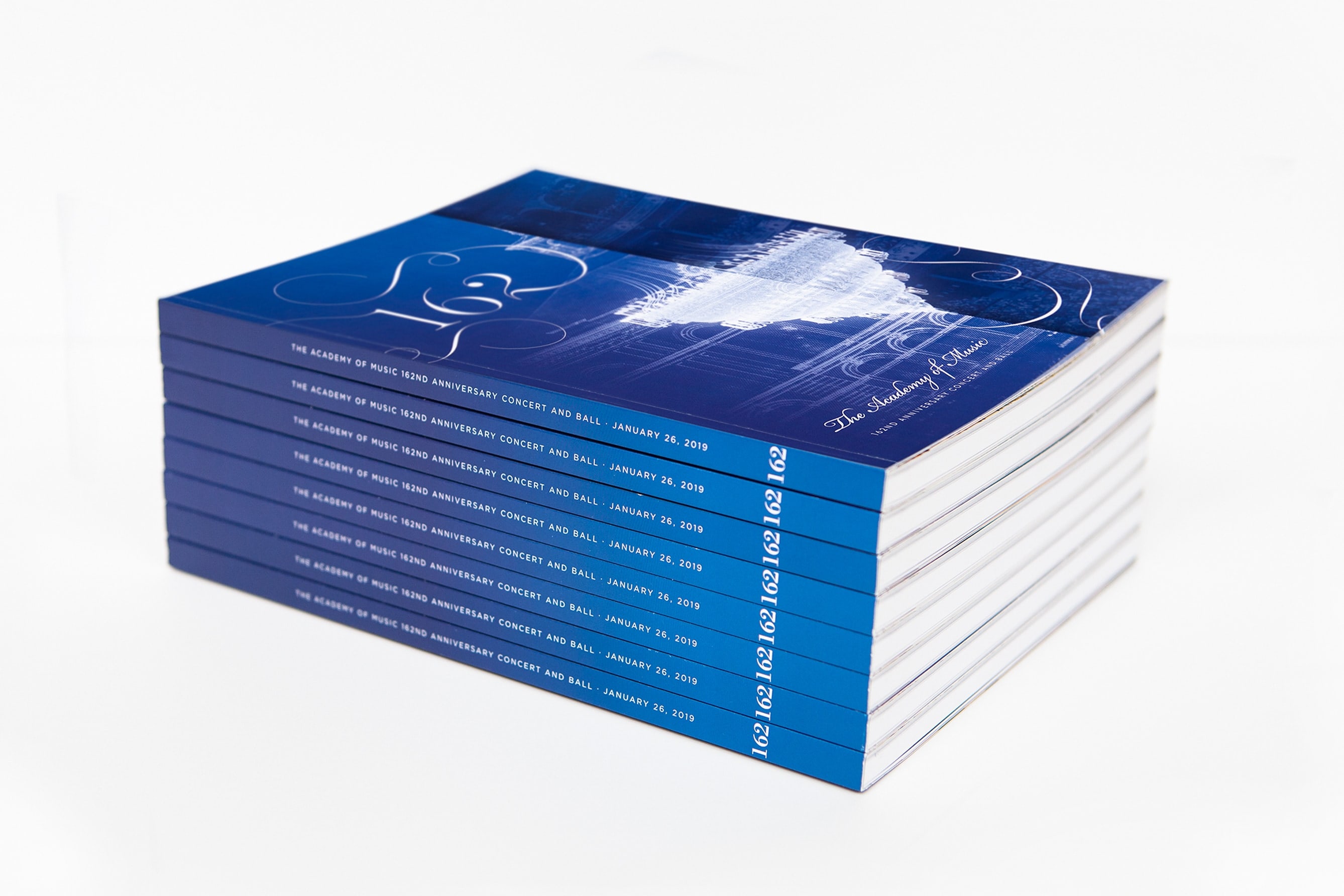 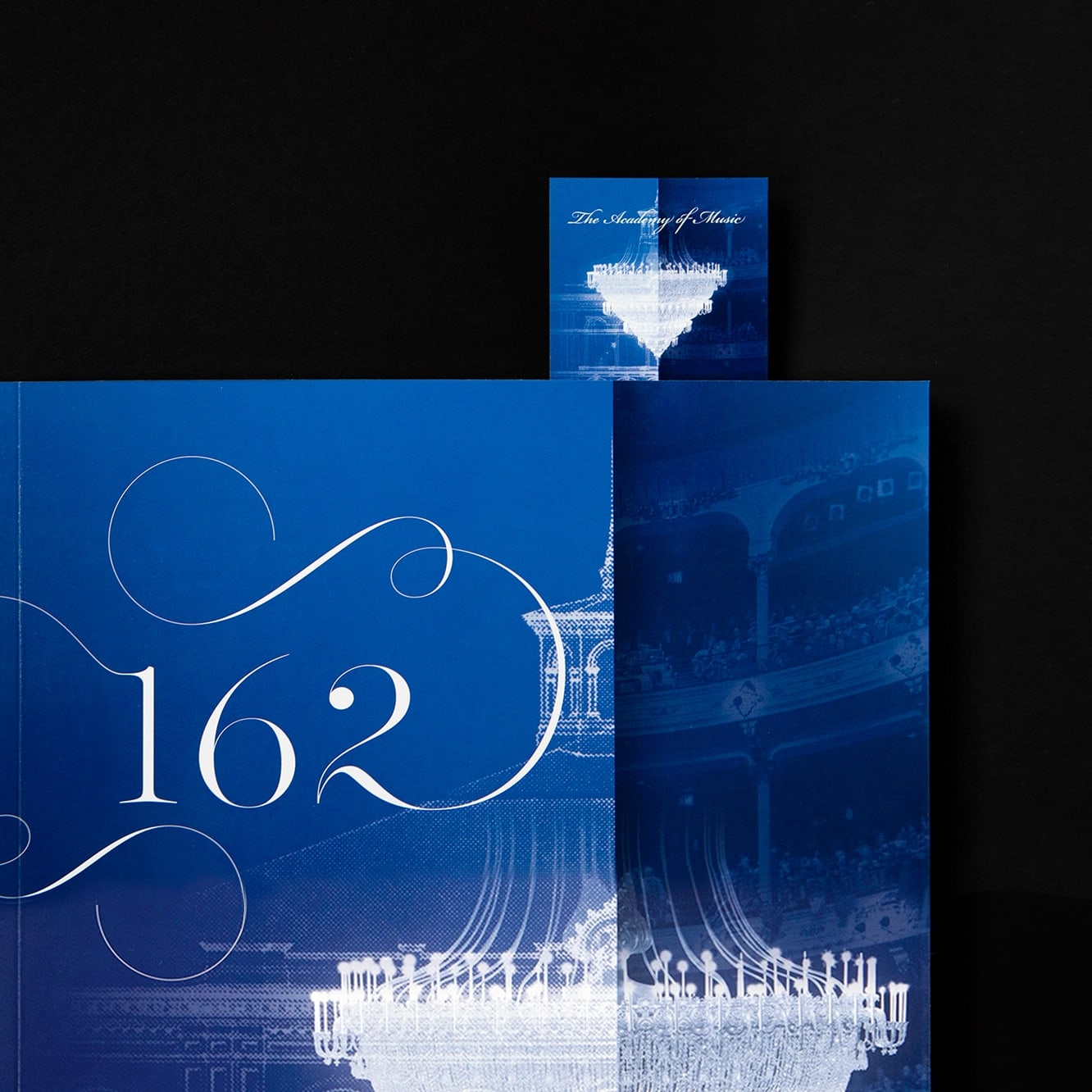 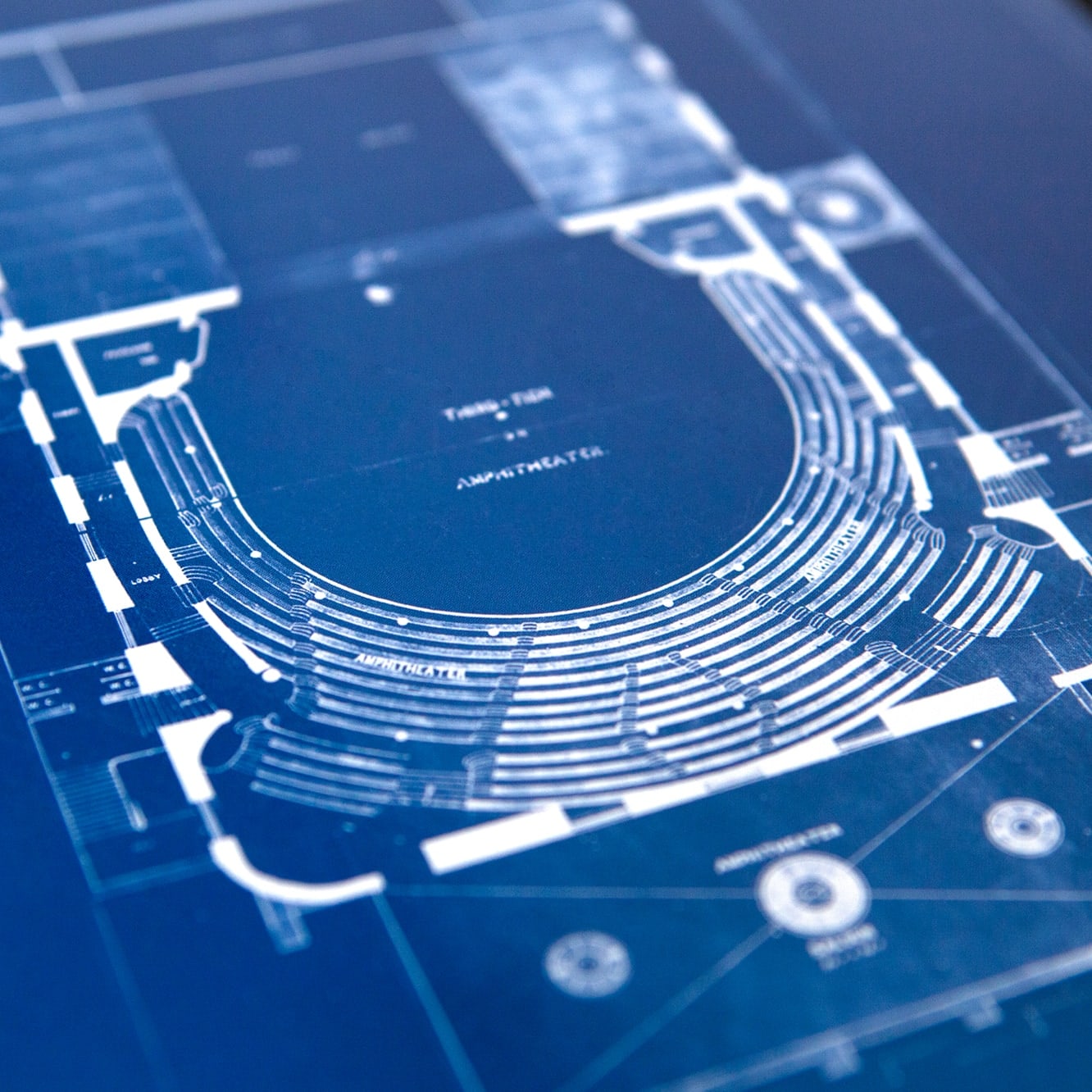 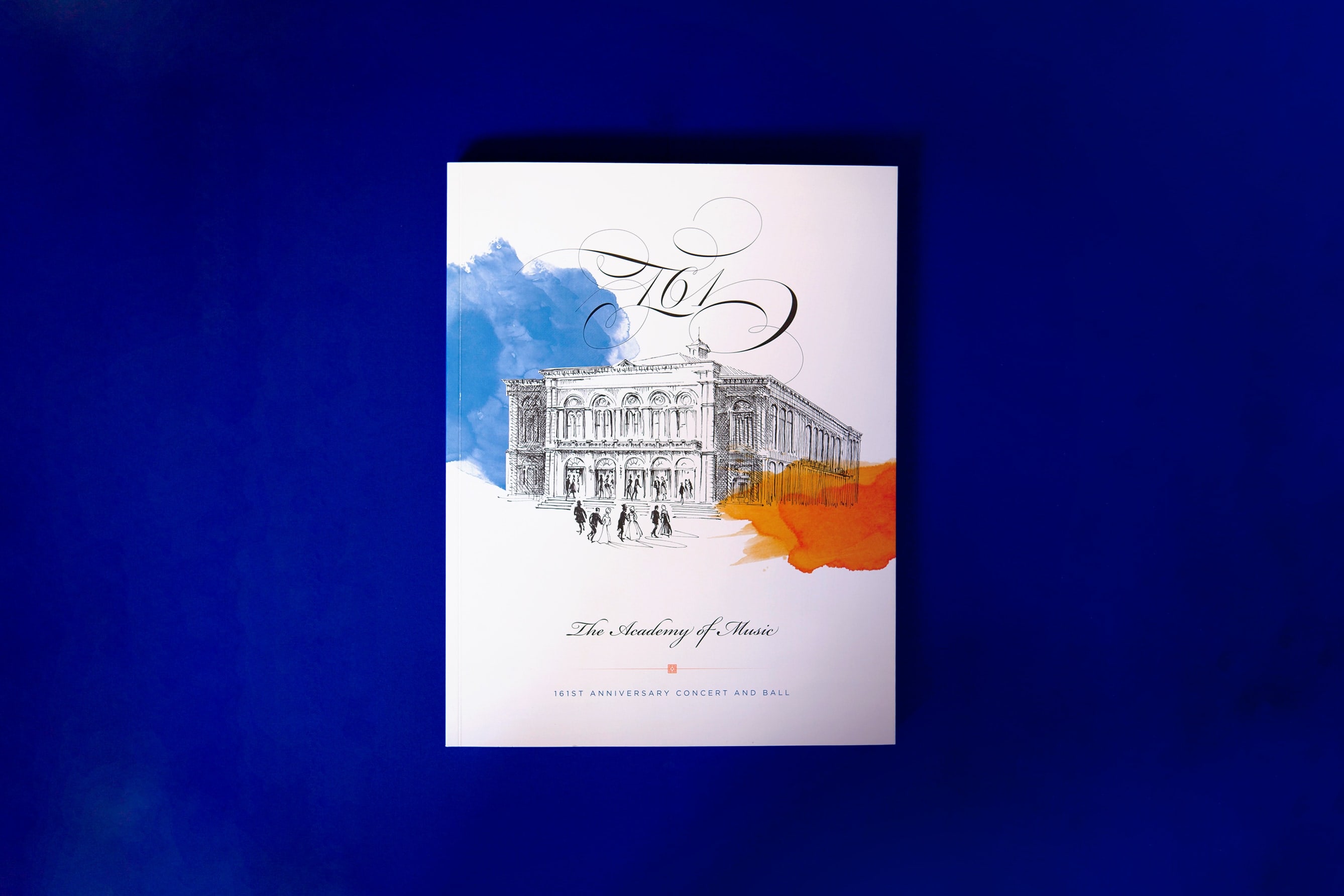 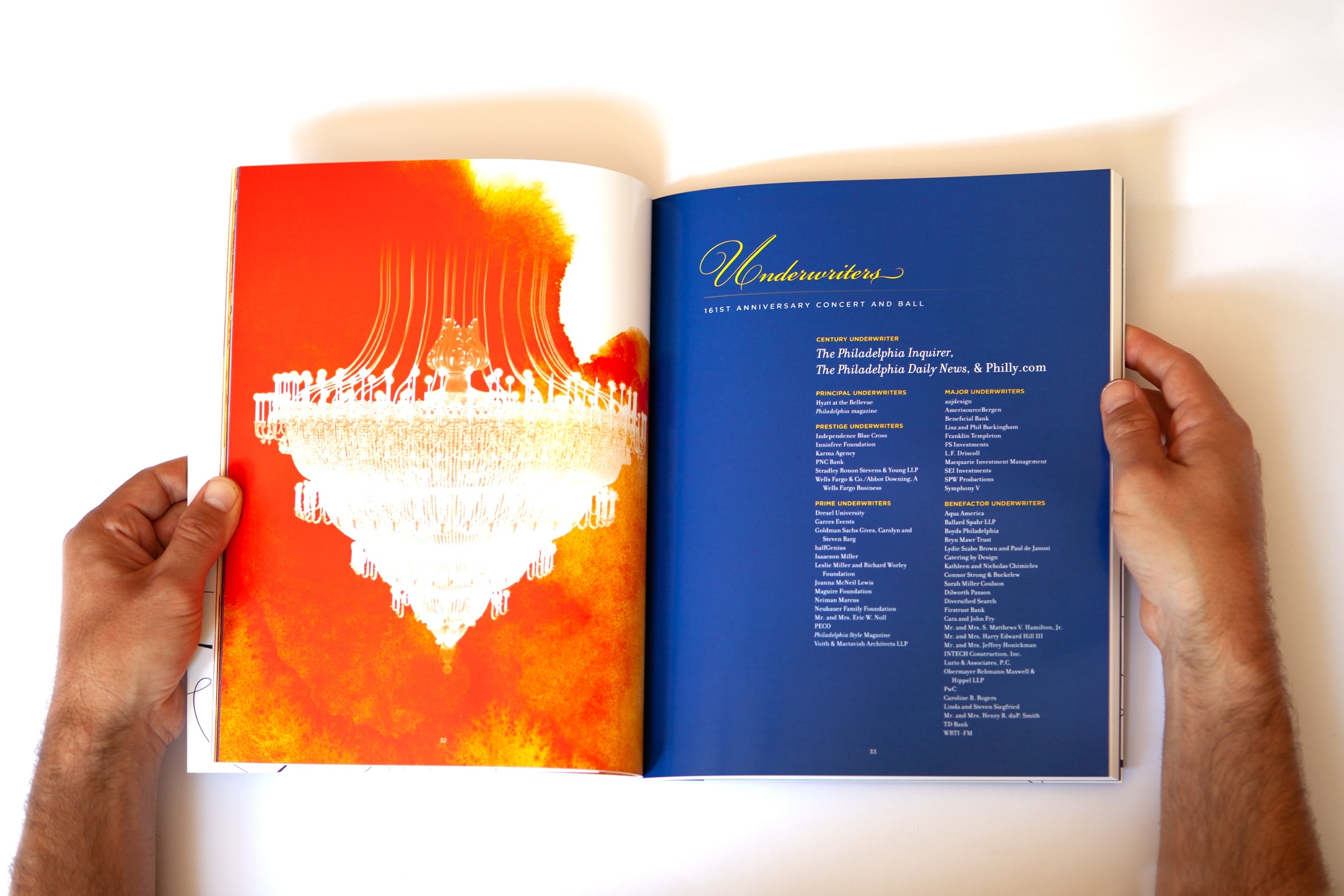 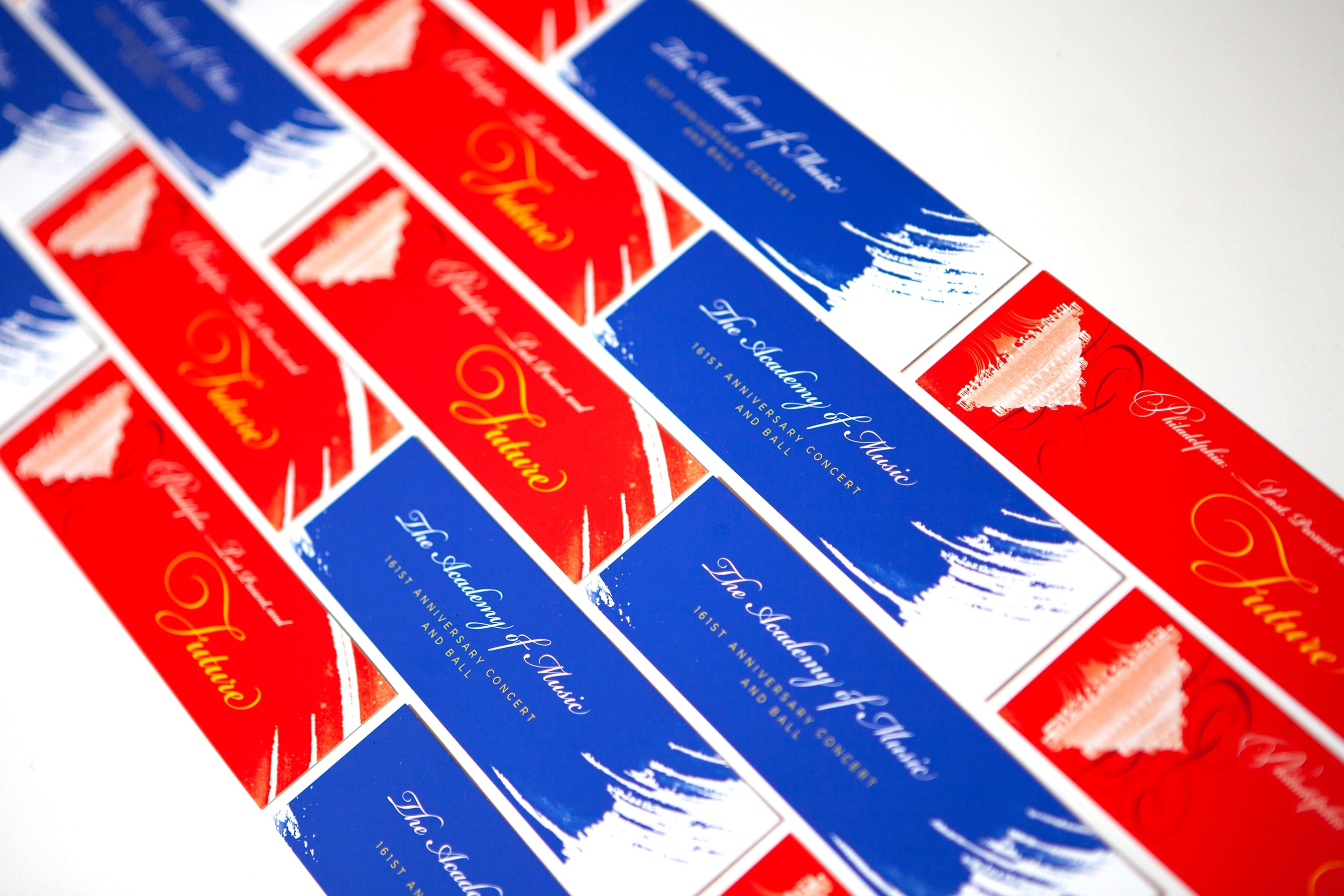 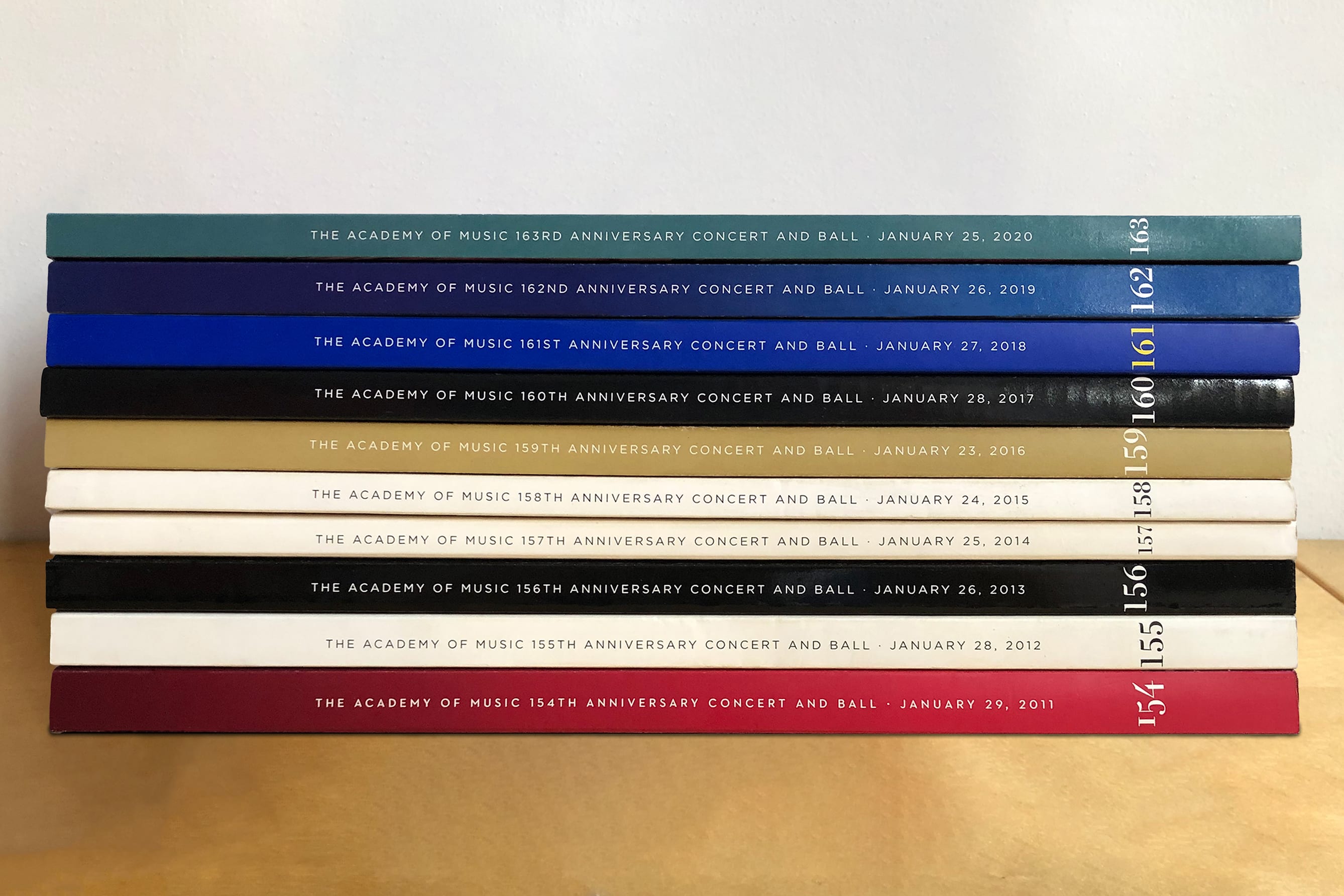